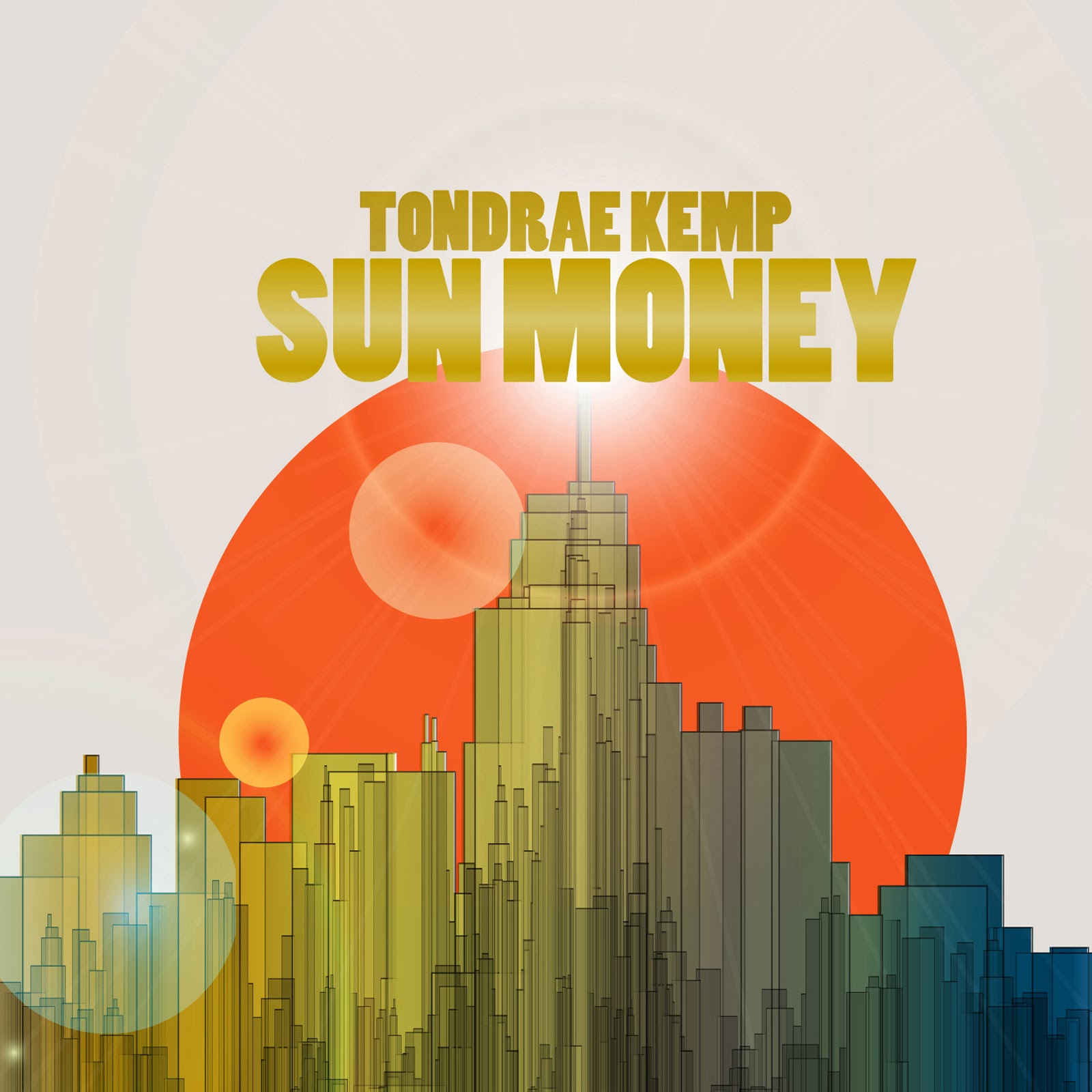 Tondrae Kemp began singing in church at the age of 10 in his native Baton Rouge. Then, inspired by hip-hop pioneers like Rakim and Public Enemy, he embarked on a career as a rapper. However, he soon realised that hip-hop had limitations and with real songs he could express so much more so he joined an acapella group called All 4 Love where he learned to expand upon his vocals – citing his influences as Stevie Wonder, Marvin Gaye, Curtis Mayfield, Bill Withers, Donny Hathaway and Bob Marley. Simultaneously he began working on his own songs – a craft he polished at the University Of New Orleans and he soon became an in-demand feature of the Crescent City's music scene. Trips to Europe saw him recording with like minded musicians but on his return to the States in 2012 he released his first full solo LP – 'Sun Money', which is being re-promoted on the back of some high profile Big Apple Kemp performances and upbeat, underground critical appraisals.

Listening to the 10 tracker, it's easy to hear why it's garnering the plaudits. The set is unusual – experimental, yes... but accessible too. Kemp is s a great soul singer, but like the idols he listened to in his formative years, he seems determined to create something different and uniquely personal. His music fuses folk, hip-hop, reggae, rock and electronica but at its roots it's always soulful. Try the opener 'Baby Girl' to understand what I mean. At heart it's a contemporary soul number but there's just a hint of the Caribbean about it while there's a whiff of unbridled rock about the guitar solo. Journey to Jamaica too on 'Babylons Fall Down'... a lovely chunky beater that broadminded soul folk will love. More conservative soulies will prefer the set's best ballad, the semi-acoustic 'Can We Pretend'.... hints of Stevie about its delicate melody and the sweet repeating guitar riff is a delight. Ballad-wise 'No Time For Reminiscing' is much more dramatic while the sparser 'The Little Things' seems to draw inspiration from Delfonics-era Philly. Kemp's respect for soul's roots is apparent in the blaxploitation funk of 'Gangsta Americano'; though elsewhere the inspiration could be Frank Zappa, Prince even Terry Callier. Yep... Tondrae Kemp uses a huge and disparate palette and at times the diversity can overwhelm, but patience will brings rewards.