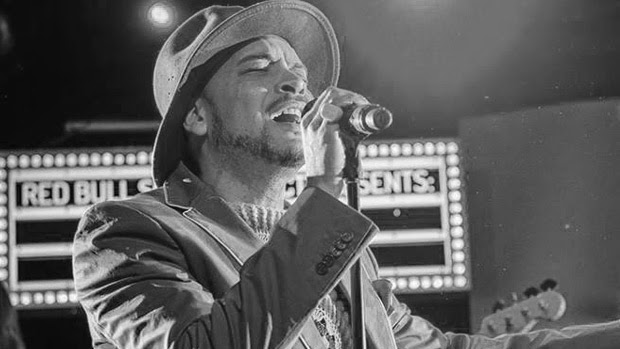 FDMRX interviewed Tondrae Kemp, the “rennaissance soul man in digital world,” a soul singer, thinker, a free-spirit, who makes “the personal universal.” His latest album, Sun Money (through Kwality Records) has been described as “breezy, ambitious and fresh” by critics. Originally from New Orleans, Tondrae attended the University of New Orleans an studied film, which plays into his own music videos and plans for a video narrative to accompany is upcoming EP. He’s since moved to  New York and been steadily making moves and experimenting beyond the soul genre. Previously featured on the Red Bull Sound Selects Stage alongside virtuoso bassist Thundercat, Tondrae channels music that is both nostalgic and fresh, blurring the lines between soul, reggae, hip-hop, and electronic music.

FDRMX: How would you describe your sound to someone who’s not very familiar with your music? Neo-soul, blues, reggae..?

Tondrae: I don’t know. Genre-wise I try to be anywhere from soul to blues to reggae to this new chillwave thing.  It could be anywhere, but it’s always gonna have something soulful to it, because that’s just my voice.

FDRMX: Who would you count as a major music influence?

Tondrae: Stevie Wonder is obviously the biggest influence for me. I have a million… Curtis Mayfield, Donny Hathaway..Marvyn Gaye, Bill Withers, Bob Marley, the standards really. Not too exciting.

FDRMX: What about any personal influences?

Tondrae: I’m really more influenced by spiritual concepts.. So, Buddha, and those who put it on the line for something righteous, be it Martin Luther King or anyone.

FDRMX: Do you compose all of your own music and lyrics, or is it more of a collaboration between a few people?

FDRMX: Is there anybody you’d really like to collaborate with right now?

FDRMX: Didn’t you do a show with Thundercat a few weeks ago through Red Bull Sound Selects?

Tondrae: Yeah we did one with him in February, and we talked about collaborating at the show. He’s got a trillion people hollering at him so I haven’t followed up too strongly yet. I’m gonna collaborate with Rob Glasper (of Robert Glasper Experiment) sometime soon.

FDRMX: How was working with Red Bull Sound Selects here in New York?

Tondrae:  It was fun, real easy. They didn’t over-manage or over-produce anything… just kind trusted what they booked. I’ve really worked more with Giant Step than Red Bull.

Tondrae: The big difference is the pace, and the number of people…. Hella congested. New Orleans, they call it the ‘big easy’ because it’s so laid back, and people are always like “I’m working on that, you know, maybe not today. I’ll work on it in the morning, a little work in here and there. But here it’s like “Why is it not done yet?!” You could be in a line for hours here for something you would just walk up to in New Orleans, you know one of three people there. Just the congestion and pace. Not to dis New York! Maybe a happy medium… you know.

FDRMX: When you were  in New Orleans, you went to film school. Does that influence you a lot? Do you make your own music videos then?

Tondrae: Yeah I’ve actually shot my own videos and edited them, and generally had some people edit with me. I’m actually writing a screenplay now, and the next EP I’m working on, I’m trying to do a narrative, like a story along with the music.

FDRMX: What can we expect from you next EP?

Tondrae:  It’s much more eclectic in its approach. I’m producing a lot of it myself, and it’s a lot more electronic-based. Quarterly, the structures are not as predictable, i think. It’s just a bit more eclectic and experimental in style.

FDRMX: Your latest album is Sun Money. Any themes or thoughts you’d like to share on this album?

Tondrae: Uhm, well I’ve gotten some really great reviews. When we first put it out…obviously you get more attention when it first comes out. It’s been out for almost 2 years now, and its crazy to me the number of people, like every other week someone just hears it, and writes something about it. It feels good to still be getting love off of it…cause you know, in this world it’s very  “What’s now?”. It was pretty exciting. Yeah with some good reviews and all these shows that would come to me randomly out of the blue. I’m still excited to be in it, but now my only concern is whether I’ll be open to do whatever genre and stylistically be doing anything, not just limited to standard soul music. You’ll hear the record.

FDRMX: That seems like the key to being a good artist. If you keep putting out the same thing, you’re not as successful. I think most people are impressed with artists who take risks with subsequent albums.

Tondrae: Yeah I hope so. You’ll hear the record, and you can tell me if you think it’s that much of a ‘lock.’

FDRMX: So you’ve also performed in the UK and Holland. What was that like?

Tondrae: I love London, I would totally live in London. Who knows what the future holds, but I loved it a lot. I stayed in Brixton for 4-5 months. There are some insane musicians in London. Some of my good friends are there….I don’t know if you’ve heard of Eska, or my friend Heidi Vogel who sings with Cinematic Orchestra… Don-e -he was doing a lot of work with Omar (the soul giant of the UK) back in the day. But yeah I could live there. Holland was great too. Amsterdam, nothing fancy. We had a band and we did a weekly show, had a ball.

FDRMX: Have you ever produced anything on a film soundtrack? Or thought about doing that?

Tondrae: I haven’t…I would like to! I would like to get my songs placed in films.. and also directly, intentionally to do that.  One of the things I’m doing for this EP, I’m just doing it in a reverse order. I done the music now and I’m working on the narrative.

Tondrae:  Uh.. It’s coming along [laughs]. I’m still trying to decide, it’s all over the place now. The project is tentatively called ‘Romancing the Dome’, something about this romance era in music, what was kinda happening about a year ago. I started writing about a year ago, but the music became more eclectic and electronic, you know whatI’m saying. So it’s like my own take on that… I wanted to write these strange little narrative pieces that I shot video for and tied together. It was almost fantasy based. The main characters have more fantastical experiences tan the ordinary, and the narrative would kinda jump back into reality, and at the end you would wonder what was real.

FDRMX: Have you done any filming yet?

Tondrae: Filming no, still writing. But I expect once we start filming, we’ll kinda knock it out.

FDRMX: Are there any artist that you’re particularly excited about?

Tondrae: I really like this dude Bernhoft. He’s insane. It’s just him with a guitar and these loop stations, and he puts tracks together live. All a one-man show. I like Lianne La Havas… a lot of people.

FDRMX: We already covered this a bit, but are there any projects coming up you’re looking forward to?

Tondrae: Yeah there’s my EP, and I’m also working on a screenplay… it’s a dark comedy. I’m not really sure if I’m supposed to share an idea on this screenplay. [laughs]

Watch Tondrae’s music video for ‘Happiness’ here and watch out for new music on his Soundcloud page.